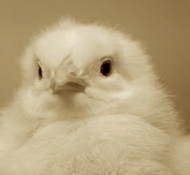 Over the next few years, most egg producers in the US will end the practice of culling (i.e., killing) male chicks. Different people will look at this very differently. Some (those who see animals as having significant moral worth) will see it as a matter of industry finally getting around to doing what’s ethically right. Others may see it as a matter of Corporate Social Responsibility—not an outright obligation, but a “socially good” thing, given how many people in society are at least uncomfortable with current, ugly, practice. Others will see it as pure PR. The difference will depend not just on substantive differences in opinion about the moral status of animals, but also on differences regarding the proper extent of terms like “CSR.” (But note that the 3 options outlined here are not mutually exclusive: it could be ethically required even if we think the industry is doing it for mere PR reasons.) >>>

LINK: This is the best news for America’s animals in decades. It’s about baby chickens. (by Dylan Matthews for Vox)

In a massive victory for animal rights activists, and for America’s chickens, United Egg Producers, a group that represents 95 percent of all eggs produced in the United States, has announced that it will eliminate culling of male chicks at hatcheries where egg-laying hens are born by 2020.

This may sound like a technical development, but its magnitude in humanitarian terms is difficult to overstate. That’s because standard practice at hatcheries that supply egg farms with hens is to kill almost all male chicks shortly after birth, usually by grinding them to death….