In the 5-minute interview linked below, BEH editor Chris MacDonald discusses whether it’s a good thing for employers to fire employees for bad behaviour off-the-job. The title is a reference to TV host Billy Bush, who has been suspended (and may yet be fired) for being caught on tape, laughing along with Donald Trump as the latter boasted about sexually assaulting women. But the topic is really more general than that. >>> 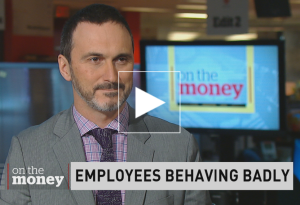 See also:
Fired for being a jerk in public: does the punishment fit the crime?
Should Rioters be Fired?